END_OF_DOCUMENT_TOKEN_TO_BE_REPLACED

This summer has been a struggle in North Carolina for anyone who likes to keep a garden for the great veggies like cucumbers, squash, zucchini, tomatoes, green onions, and I could go on and on…

Well my Papa, well hold on let me show you a photo of me and my proud Papa from my wedding day.

Anyways, due to the rain, it has been trouble for a lot of the backyard gardens, even we had a little trouble (not too much- the Hubs does have a degree in horticulture & he's a farmer, so, he does get it) but, my Papa was still pulling delicious tomatoes off the vines like last week, he's just that good!

Papa grew up on farm land in Eastern, NC, he's done it all his life, I think.

Here are some photos of Grandma & Papa's garden.

I hope you all enjoy my Papa’s beautiful garden! Until next time….

~Amber~
Posted from WordPress for Android

Four score & seven years ago, I was at Women’s hospital at 6am while one of the besties, Kim, was being checked in to be induced for labor. Today was the day I was going to be a God Momma & about to be called Aunt Amber for the 4th time.

I will admit now, seven years later, I was a tad nervous, going into a labor & delivery room and not being the patient, but, being one of the two coaches. The other coach was Punkin Jon, Kim’s hubs (the man who basically was my husband too when I didn’t have a husband, for a long time, he told a few people he had two wives, his wife & then her best friend- people would laugh hysterically, Kim & I knew it was kinda the truth, he did a ton of guy stuff for me that I didn’t know how to do & nobody was gonna do for me, I was single, I didn’t need a man, I had a bestie who was married…lol) Yes- I was nervous, it wasn’t me, I had just survived a horrific accident (the story is in the works, I promise) & I wanted to make sure Kim was well provided for.

Labor was smooth sailing for a bit, the nurses came in and said Mrs. Ditch, are you going to do an epidural? I don’t know where Kim’s head was at this point, but, I’ve had a baby, I know I’ve got some friends & blog readers who went natural births and y’all are BRAVE but I am a WUSS for pain, so, shot Kim a look like “if you don’t get that epidural, I’m out”. Now, people if you know me at all, you know I would never bail on any friend, especially a bestie, but, I am a live in the moment person… LOL! So- they did get her all set up with the epidural.

Active labor begins, Jon was rubbing Kim’s back & me, I was holding her legs and feet, which BTW- I had just went through a terrifying accident and almost died but you just keep rubbing Kimmy’s back. I’m just kidding, JD. I do love these two people folks, they are fun to harass. Pushing labor wasn’t too long, and let me tell you folks, watching someone be in labor is way cooler than actually being in labor, I’m just sayin’ is all… She only pushed for I’d say really 15 minutes and just like that, I looked down, and said, “hello Tar Heel” my godson had arrived, Andrew Joseph. He was long and scronny, long fingers, long toes, he was absolutely perfect!

Here are some pictures from Andrew’s birth, he and Kens, he and I on my wedding day, and all the way up until today, yes- his momma is that good about documenting everything… Lol. 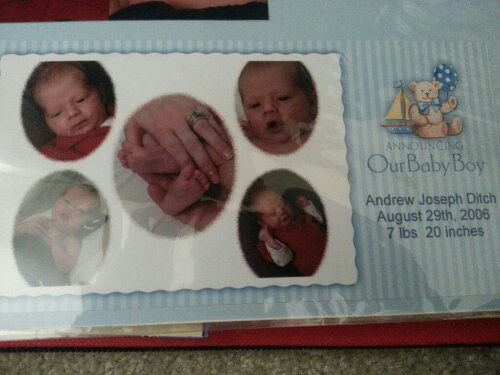 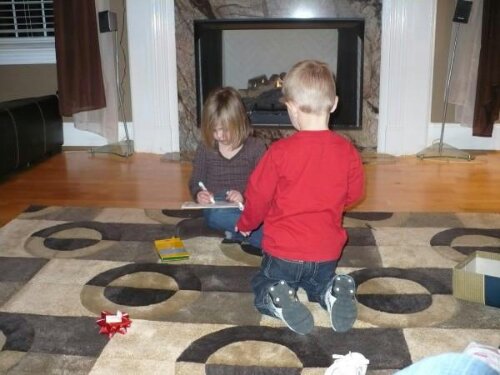 Thank you SO much to Jon & Kim for letting me be part of this awesome moment in Andrew’s life. I will never forget it! Happy 7th Birthday, Tar Heel! I LOVE YOU more than I could ever write to explain!
xoxo!
~Aunt Amber~

~Amber~
Posted from WordPress for Android

There was an error retrieving images from Instagram. An attempt will be remade in a few minutes.